In the search for a new understanding and a different conversation between men and women, let’s take a oblique perspective and a story of many new possibilities using the unlikely metaphor of bears (men) and birds (women) to tackle a challenged business world and an economic mess.  Maybe there are two different cultures merging, two natures, one vision? Maybe this story is not so unlikely? 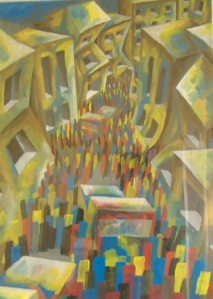 the business City had been built over many decades on the “square mile” principle; every inch measurable and maximized for the owners, each square inch sold and resold, marked up, traded down; every skyscraper fields a magnificent view yet many streets were cold from the deep shadows the towers made. The inner streets were paved with gold and had a labyrinth of tunnel journeys and caves connected by long corridors, lift shafts and stairs and out of this a very hard-nosed culture had grown.  This City,  was inhabited by the Bears.

There was another City – known more as a Community – hidden away over those past decades.  This was designed to be a community culture, with open landscape, cozy rooms, and play stations for the younger members to learn and flourish, nesting nooks for conversations, space for innovation and creativity coffee breaks; here there were support systems that shared resources and reduced waste. This inner city was a mesh of inter-connected live wires and tree top nests. 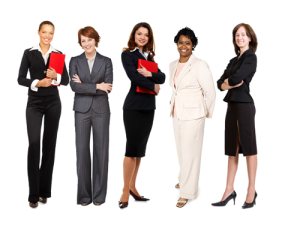 This inner community was inhabited by the Birds.

The Bears and the Birds were well known to each other as they had shared the earth together for millenniums, breathing the same air, drinking the same water, eating up the same resources; however they needed different things, they had different biological needs, and even though they often held similar aspirations and dreams for their future, their perspectives on how that came to be where subtly different.

Their challenge was to understand each other as the two cities grew side by side, and business and life began to interweave. Over the last decades where viral changes, technology and flexible ways of working and living had become blended in style, some top level Bears observed their world was changing and surrounding market and social boundaries collapsing, evolving, and revolving in ever decreasing circles. Many natural and economic disasters challenged the very foundations of the world that both Bears and Birds loved. They now faced a world-in-crisis and obstacles that threatened to undermine life as previously known.

The Bears continued to prowl their City. Some were gruff, grizzly and dangerous; some were strong and proud of their mighty presence; others were young cub Bears who were learning from their elders; some were afraid of their own shadows and yet many acted like teddy Bears, warm and cuddly, keen to protect and nurture their young.

The Birds were very different to the Bears; many variable types with plumes of many colored feathers, bodies of different sizes and wing spans spread to glide and soar; big and small, wild and tame; some flew in formation, others lived as family units, others fought their own battles, while many twittered happily over the garden wall. They all sang beautiful and creative songs. However once they were attacked, damaged or caught on the ground or attacked by Bears, the Birds were terrified. Losing a limb, a wing, or a feather made them victims.

Some Birds learned to adapt to business and became even “terrifying” to the Bears; they swooped and soared; they preyed on the most vulnerable; the cub Bear often headed for the caves when he saw a vicious Bird coming.  However many Birds sang from their hearts and were full of the sweet evening song of common sense, the sound of their voices infiltrated the airwaves of business and life as they traveled to and from work and home (as home was very precious to them) and they grew in numbers as the scent of financial independence made them flutter and flourish.

Increasingly the Birds started invading the Bear’s City (where the Bears had regularly inhabited for their daily work) seeking bigger worms and prospects for their life’s survival. They realized there were rich pickings for them too.  However it was tough going for the Birds to begin with as the Bears were big and strong. They had built their City to be the powerhouse that generated wealth and provided resources for their own caves. Their traditions were well embedded in their mindset.  They like to come home to their home nesting Birds. They didn’t always approve of working Birds. They made it a perilous journey for many working Birds, who tried to perch on the higher levels of the skyscrapers, looking for safe habitats and life-saving perches. 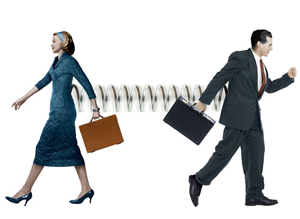 Many Bears didn’t want the Birds to get into their work spaces and high-rise hard -earned stakes; however the Birds were determined that they were there to stay, and grew in numbers every year. The more conscious wise Birds and Bears knew that, for the survival of their species, the only way forward would be together.   The Bears could not understand why Birds talked in circles, chattered with others and used seemingly random tangents to think through problems. Bears thought and acted in boxes, directed in straight lines and expected solutions to every question. The Birds longed to bring their circular birdsong to be truly valued and honored by the Bears, as an intrinsic and valuable part of a fulfilled and successful work-life balance. After all, they valued the Bears for their strength, tenacity, logical thinking and especially  their ability to be the major provider to the family. The Birds loved the adoration that the Bears give them at home and in many communities where they nurtured their families of young Bears and Birds. 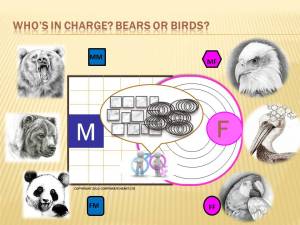 Now once many Birds have discovered The City that the Bears have created, they wanted a bigger piece of the worm pie. They knew they could add new value – natural skills, more emotional intelligence, good relationship management and different consumer knowledge to that which the Bears had. They knew they could deliver much of what the Bears offered yet with a nurturing inclusive spirit that would sustain results in a better long term way; combining a healthier lifestyle alongside the tradition fiscal success. Yet given all that the Birds brought to the Bear’s City, the gateways to the high skyscrapers often proved difficult and had closed combination locks that barred the doorways to the boardroom.

Can the Bears and the Birds a new song today?

Now times are have changed. The internet highway, global trade, business from your home, education for all and entrepreneurship have all blossomed and the Birds are flourishing too and sing their beautiful songs and lyrics even more than ever.   Their activities, especially the younger Y and X Gen, and now Millenium Bears and Birds are creating new cultures and different perspectives that are meaningful and inclusive.

Of course some wise Bears and Birds are now getting together and writing tunes of collaboration with cords of perfection to sooth a noisy chaotic world. We need more to do so and share magical conversations. These species from all generations want to bring a new harmonic to the service repertoire of business but still some older more traditional Bears don’t understand these songs.  When they try to sing along, their deep voices threaten the very nature of the Bird song. The Bears often get stuck with their macho ‘pow-wow’ power groups and warrior sports games.

The Bears and the Birds seem at odds with each other yet there is also an intimate attraction between them; Bears and Birds love each other, and have done since the beginning of time.  When the attraction flourishes, they form families to parent new generations of Birds and Bears. Indeed, they naturally complement each other.

Can the Bears really let the Birds into The City in ways that truly integrate the needs of both? Can the Birds persuade the Bears to get together and co-create a new domain that integrates business and life, economic revival and social cohesion?

Is it “business, boom or bust”? Will bear-growl or bird-song win? Only time would tell. The end of the story is still being written …

The book “Who’s In Charge?” is due to be launched by the end of this year by authors Dr Pauline Crawford & Dr Jim Omps. It’s a story that unfolds as 3 Bears and 3 Birds come together on a mission to save the world. In this stor 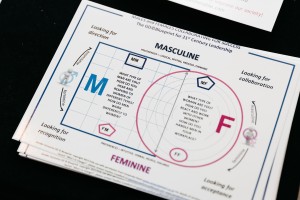 y, YOU will find YOU and can discover who you are and how your relationship to others is key to value creation for all.

Magical conversations emerge when you use this blueprint… and the possibility of collaborative success paves the way to a better future.