YES #metoo it’s happened to me as I grew up trying to understand myself as a woman. I know those moments of learning (especially when naive and young) have occurred for so many females who have felt attacked verbally and sexually in their lives. For us, it stirs in our nurturing make-up and sensitivity that we feel harassed on many occasions from a pinch on the bottom to outright attack.

Yet it is more than #metoo – It happens also for gentle-men who feel that softer side of emotional intuition gets attacked by their macho brothers. I have been fortunate that I have never suffered any deeply vicious sexual attack on my person, yet I feel for all young girls and women who are sexually abused and attacked in our world. And there are many – and in countries we sometimes cannot reach – that are trapped by circumstances beyond their will. The feeling of sexual harassment becomes endemic through the little things as well as big issues that get left unsaid by women and unsettled between men and women. It’s also the subject of concern that wise men don’t stand up against men who attack women. How we females stand up for ourselves and clarify ‘yes’ or ‘no’ appropriately to attack and not be afraid, really does matter.

My personal passion is to create a new blueprint for unconditional acceptance and love for each other, between and within genders, sourcing the true empowerment of different gender dynamics characteristics. Unconditional mindful love is needed and the space in which to share freely and honestly how we feel. Over and above, I believe, we need to co-create a new awareness. I set my intention to spread ‘magical conversations’ to take root as a daily practice; where no judgments are made by men on women, and vice versa; where no anger or harsh or sexually harassing words are spoken, and all parties communicate and contribute with authentic truth of loving intentions.

I commit to helping men understand the complexities and variety of issues they now face when they work and co-exist with women in a transient competitive, mobile connected world. Women nowadays have male colleagues, brothers, uncles, fathers, sons, male friends and/or male lovers. Learning how to resolve and dissolve the endless negative stories women have of inappropriate gestures, words, actions and reactions – let alone vicious and malicious attacks, physical and verbal – urgently matters. I have worked for many years with women to share the same blueprint as I do now with men to embrace all types, in order that mutual magical conversations can arise and heal our world.

For harmony between us all, I am fortunate to be travelling this adventure with my soulmate wise man, James A. Omps and together with him we pledge to leave a legacy of love… #soulmatelove #magicalconversations #genderdynamics

For news of upcoming programs for MEN ONLY and for WOMEN ONLY to explore a new blueprint, contact pauline@pauline-crawford-omps.com

THE NEW BLUEPRINT HAS ARRIVED…

The Time Is Now …

The much discussed and fabled playing field that so many of my gender seem so committed to changing, is the one that we all walk out onto as we prepare to challenge the men of the world to another round of “He Said … She Said!” There is one word that I would like to define before we start to choose up sides, appoint referees and crouch down into that menacing stance as we prepare to go head-to-head. That word is procrastinate. According to the highly vaunted Oxford Unabridged, it is as follows: pro·cras·ti·nate (prō-krăs′tə-nāt′, prə-) –  v.intr. To put off doing something, especially out of habitual carelessness or laziness.  v.tr. To postpone or delay needlessly.

Okay, let’s get down to business. Wait a second … that’s the game we play that is so badly in need of changing, right? I think we can agree that, while the list of male-female inequities is not be growing at an alarming rate at this minute, nothing much has been done to reduce it over the past few years. We know, for example, that the pay gap issue remains, the opportunities continue to narrow for women as they move up the corporate ladder, and that life and work are uncomfortable playmates when women choose to have a family and work outside of the home. In that regard it’s interesting to note that in the US many companies do not offer employer-sponsored maternity plans while Nordic countries both dads and mums are given paid time off around the birth of their child. Such policies are there to help women succeed but they vary widely across the world if they are offered at all. It feels very piecemeal as it applies to core issues.

Religious and cultural pressures often defuse the female’s ability to be more independent. Everybody does something so that they can say, “We did something.” Large corporations hire token numbers of female applicants, governments, true to their heritage, establish “reasonable” quotas then throw money at the problem, while the companies, businesses and individuals that are left provide a few of the right sound-bites after which they will procrastinate in the hope that, by just leaving it alone, the problem it will go away. I mean … remember the advice your mum gave you when you found your first pimple … “If you pick it, it may become a boil … just leave it alone and it will go away.” 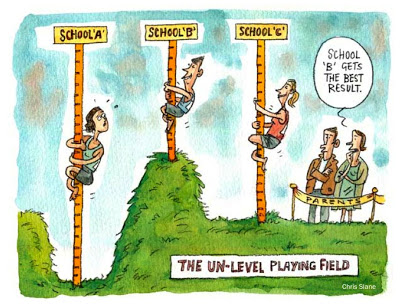 So why, given good evidence to support changing the playing field by changing the rules of the game, do so many traditional corporations choose to follow the same path they have always followed? Why, when virtually everything around you has changed so fundamentally over the last 200+ years do they choose to cling so tenaciously to rules and policies and a paradigm that no longer works? Simple! The corporate world is run by men who lack common sense and the energy to re-engage life and change. The education system that led them there is unchanged and un-level when it comes to boys and girls. Yet girls are now in the lead both in numbers and qualifications in so many subject areas.  Maybe men have lost the entrepreneurial spirit that created ‘business’ in the first place 200 years ago.  Many have got caught up in ‘doing things right’ (i.e. to the rules of yesterday) and not paid attention to ‘doing the right things’ (i.e. acknowledging women are making the same or even greater contribution to current profitable markets as men do). 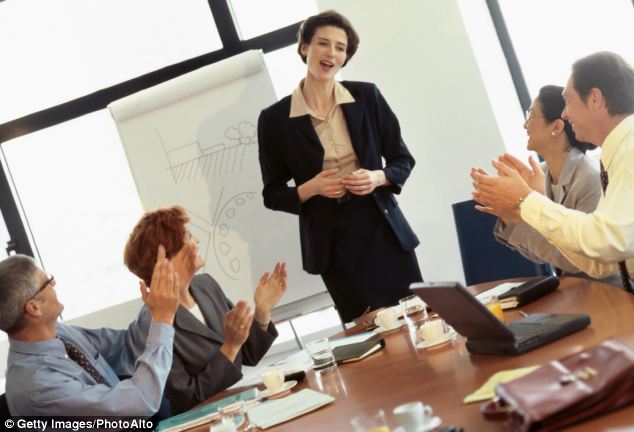 Common sense must rule the changes and an intelligent mutually beneficial blueprint put into action. Procrastination can no longer be tolerated. The time to rethink and rewrite the rules it TODAY … not tomorrow! 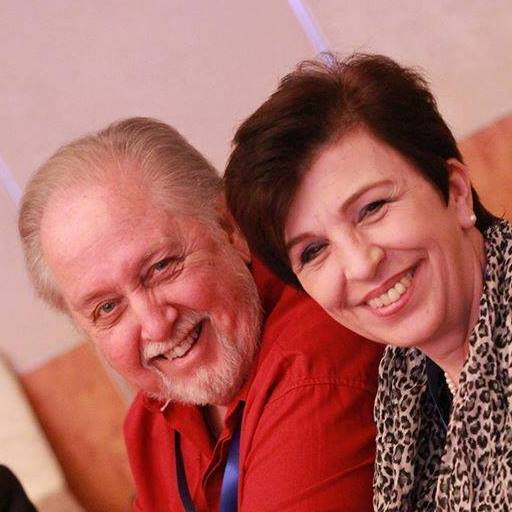 COMING TO THE UK FROM JUNE 14TH – 13TH JULY  AUTHORS PAULINE CRAWFORD AND JAMES OMPS WILL BE SHARING THEIR BLUEPRINT FOR SUCCESS AND PREVIEW OF THEIR BOOK ‘WHO’S IN CHARGE?’  Their approach is invite you to share the conversation by stepping onto a new blueprint that encompasses men and women of all shapes ans sizes, personality types and ages. It is a blueprint core to business and life and addresses all diversity issues that current challenge organisations today.

For details of their tour schedule during that time, available in Brighton and London, please email paulinecrawford.pc@gmail.com or what’s app +60132352225

Join us for an opportunity to explore the dynamics of the playing field and how you can engage in the evolution revolution of a mutually beneficial future.